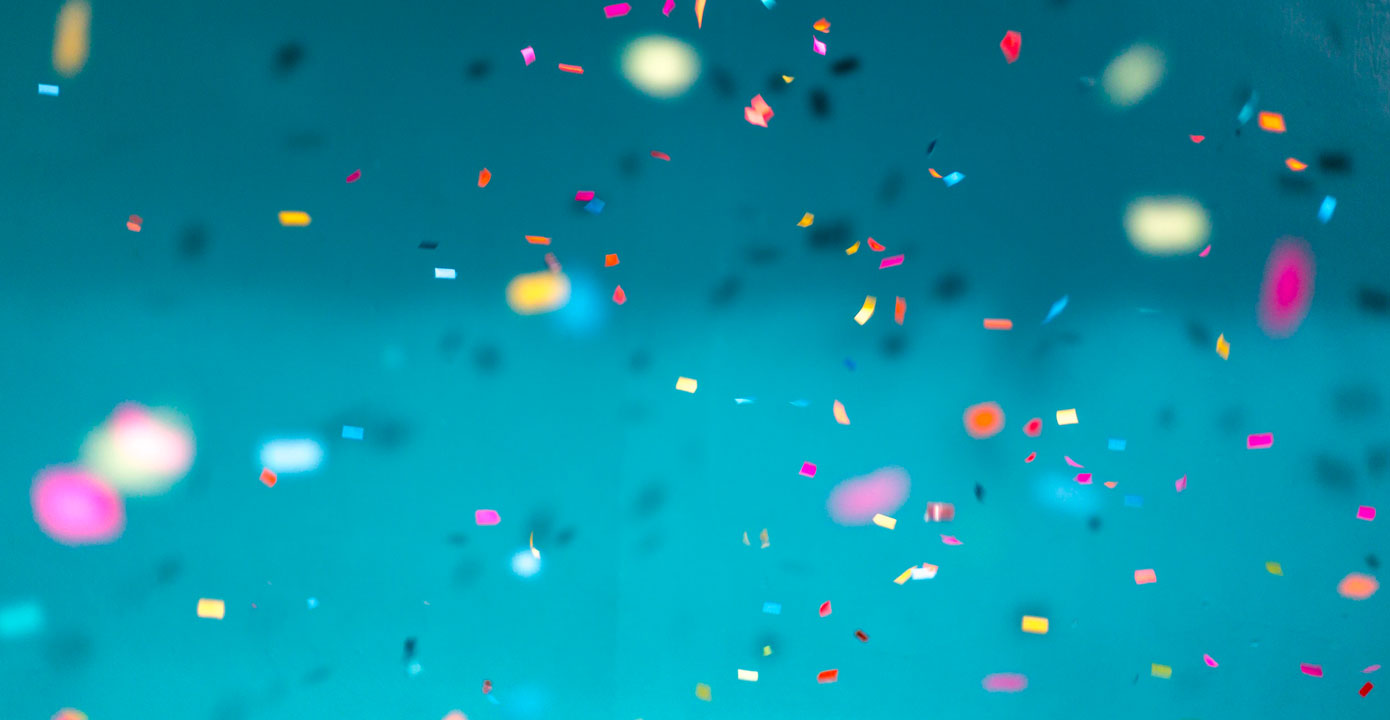 Top 10 Most Celebrated Holidays Around the World

Who doesn’t love a good holiday?

Whether it’s the gingerbread scent that fills the air in the lead-up to Christmas or the fresh springtime energy of Easter, it always seems like there’s another holiday to look forward to waiting around the corner, no matter what time of year it is.

Holidays have an important value that extends beyond the obvious, like ringing in a new year or celebrating love. These days give us a much-needed break from our busy routines and serve as a perfect excuse to slow down, spend time with loved ones, and remember the important things in life.

Have you ever wondered how the holidays you celebrate stack up on a global scale? If so, we’ve got the answers for you in our look at the top 10 most celebrated holidays around the world.

There was really only one holiday we could lead this list with, and that’s Christmas. A big part of our modern concept of the holiday involves searching high and low for the perfect presents, and it’s easy to forget the reason behind the day – and there’s some interesting backstory, too.

Yes, it’s a celebration of Jesus’s birthday, but it actually took centuries after the spread of Christianity before the world accepted Christmas as a holiday, largely because celebrating birthdays had long been viewed as being a Pagan tradition.

Even the date is a source of controversy; historians say there is no convincing evidence of Jesus’s true date of birth, and many believe the date was borrowed from ancient Roman celebrations of the winter solstice. There’s a dual symbolism behind that selection – it means the darkest nights have passed, whether it’s literal as the days stretch longer toward summer or figurative for those who believe Jesus is our saviour.

Celebrated on December 31 and January 1

This holiday has a history going back 4,000 years to ancient Babylon. The new year in past times was tied to farming and religion, and people would eagerly celebrate the fresh start ushered in by this day.

In modern times, our celebrations are geared more toward countdowns, champagne, and meals with loved ones. However, you can still see a lot of the same optimism that marked this day all those years ago in the form of New Year’s resolutions, with people starting out the year by committing to making some positive changes.

This winter holiday is an eight-day celebration of the Jewish religion, and its name is the Hebrew term for “dedication.” In the past, it was traditional for people to give each other money for Hanukkah, but the popularity of Christmas has made the concept of giving gifts for Hanukkah a lot more common these days.

Most Hanukkah food is fried, but that’s not just because it’s delicious – the food is fried in oil to symbolize the miracle oil that burned for eight consecutive nights that is also behind the tradition of lighting the menorah.

We might call it the Chinese New Year in the Western world, but the literal translation of this holiday’s name is “Spring Festival”. It is considered the most important holiday in China and falls on the first day of the first month of the Chinese lunar calendar. It ends with the lantern festival two weeks later.

It isn’t just celebrated in China – many other Asian populations around the world also join in the festivities. Each year, fireworks are set off and red decorations abound as the colour is considered lucky there. People often give each other red envelopes filled with money, although other types of gifts are also given during this time.

The food that is enjoyed during the celebration has special significance. Dumplings and spring rolls are said to increase wealth, sweet rice balls can reinforce family bonds, and noodles are believed to increase longevity.

Celebrated anywhere from late March to early May

Easter marks the end of Lent and honours the resurrection of Jesus, which occurred three days after he was crucified. It may have religious roots, but the holiday has become a lot more secular in recent years.

Getting a visit from the Easter Bunny, hunting for Easter eggs, and dyeing eggs are all fun modern Easter-related traditions, but did you know that Easter eggs date back to long before Easter? It’s believed that people in Medieval Europe gave eggs as gifts to symbolize new life, rebirth and fertility.

And while trick-or-treating might be more typically associated with sweet treats, candy sales at Easter often come close to those of Halloween. Around 90 million chocolate bunnies are sold each year for Easter in the U.S. alone.

Celebrated in October or November

The major Hindu holiday Diwali, also known as the Festival of Lights, marks the start of a new year. The lamps are lit to welcome the goddess of prosperity and symbolize knowledge.

It is an official holiday in countries such as India, Sri Lanka, Malaysia, Singapore and Nepal.

The five-day festival is celebrated slightly differently depending on the part of the country in question, but it’s a happy time filled with plenty of sweet foods. People exchange Diwali cards, and gifts are given to honour loved ones. New clothes, sweets, firecrackers, oil lamps and jewellery are all traditional Diwali gifts.

Celebrated in May and June

Ramadan is the month of fasting in Islamic cultures, and it ends with Eid al-Fitr, or the breaking of the fast, a month later at the next new moon. Fasting takes place from sunrise until sunset throughout Ramadan to practice spiritual discipline and emphasize the importance of being thankful.

When the fast is finally broken at Eid al-Fitr, Muslims visit their loved ones to feast, pray, and exchange gifts, cards and sweets across the three-day celebration.

Experts think Valentine’s Day is associated with love because February 14 marks the day that people commonly believed birds started their mating season. On this day, people give their loved ones chocolates, cards, jewellery, stuffed animals and other types of gifts, while couples go on romantic dates.

Believe it or not, Saint Valentine was not just one person – there might have been two or three of them! You might not be surprised that Americans send 145 million cards for Valentine’s Day each year and spend nearly $20 billion on the holiday, but did you know that they also spend around $1.7 billion on gifts for their pets on this day each year?

Halloween is not celebrated in every country, but lots of places have an autumn holiday with a similar theme. In America, Halloween is marked by all manner of fun and scary costumes and spooky decorations, while Mexico celebrates the Day of the Dead to mark when they believe the souls of dead people return for three days; they leave out food and gifts as offerings.

Around the world, Catholics celebrate All Saints’ Day, lighting candles in windows, going to church, and decorating their loved ones’ graves with flowers.

Celebration date varies depending on the type of Buddhism practiced

This important Buddhist holiday marks the enlightenment of Buddha underneath a Bodhi tree. The day is typically celebrated by meditating, chanting, reading or carrying out acts of kindness. The more social Buddhists may read religious texts out loud to one another and share tea, cakes and other treats.

Regardless of your beliefs, there is no denying that holidays are a great change of pace from our hectic lives and a fun chance to gather with loved ones. Which holiday do you look forward to most?